Texas historic courthouses are among the best physical assets in our communities, especially in our rural counties. With some courthouses dating from as far back as the mid-19th century, they were among the first permanent structures in many areas of the state. With their tall towers, ornate cupolas, and expansive domes, they represent an impressive collection of public architecture. Not surprisingly, Texas has more historic courthouses than any other state—235 are still in active government use. With decades or even centuries of use, most of these structures have significantly deteriorated due to inadequate maintenance, insensitive modifications, or weather-related damage.

Today, restored county courthouses serve as a touchstone for community involvement and economic revitalization in the business districts that surround courthouse squares throughout the state. Counties with restored historic courthouses also see an impact in the form of increased tourism, accessibility, safety, energy efficiency, and much more. 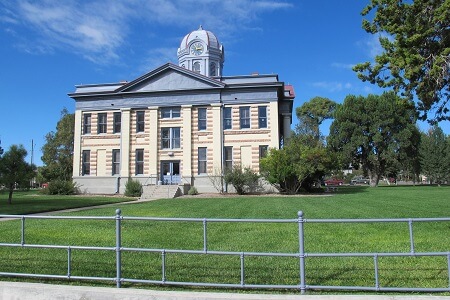 The Jeff Davis County Courthouse is located in the town of Fort Davis,Texas. The courthouse was constructed between 1910-1911 and added to the National Register of Historic Places in 2002. The Texas Historical Commission (THC) has also designated the building as a Recorded Texas Historic Landmark since 2000 and, along with the surrounding courthouse square, as a State Antiquities Landmark since 2003. The surrounding county and county seat, along with the nearby historic frontier fort at Fort Davis National Historic Site, are named after Jefferson Davis, who served as U.S. war secretary at the time of the establishment of the fort and the town, and who would later become president of the Confederate States of America during the Civil War.

The courthouse is located in the town’s traditionally commercial district and holds the distinction of having the highest elevation of any of the state’s courthouses due to Fort Davis’ altitude in the state’s western Davis Mountains. The building was constructed in a Classic Revival style with recessed columned porticoes on two sides with a Beaux-Arts clock tower atop. The ground floor primarily hosts county offices while the second floor is dominated by the district courtroom.

A previous facility located on the same square from 1880 to 1911 served as the original courthouse for both Jeff Davis County and also for Presidio County from which Jeff Davis County was partitioned and of which Fort Davis also formerly served as the county seat. The older courthouse was an adobe facility that required constant maintenance and never held sufficient space to serve the needs of either county government.

The current building has also suffered over its history with poor construction requiring constant repair as well as the need for upgrades to modern infrastructure and technical standards. The courthouse underwent major renovations in the 1950s, many of which disrespected the building’s original architectural design, and again in this century with THC funding that further modernized the structure while rectifying many of the previous renovation’s design deficiencies bringing the building closer to its original glory. The courthouse grounds are planted mostly with native species, and continues to serve as a focal point for holiday celebrations and community observations. 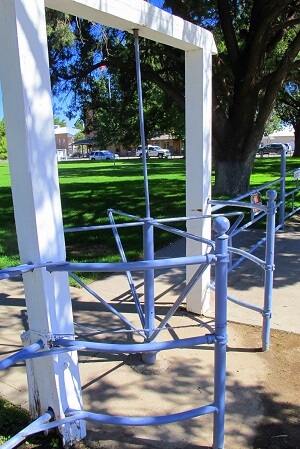